Last month, Craft with Cee was commissioned to create wedding toppers! First was with the bride riding a carriage, while the second one was a Doctor Who inspired wedding toppers.

Here are the pictures of the first wedding toppers:

Everything was made from homemade cold porcelain, except for the base of the carriage, which was made of assembled popsicle sticks. I used poster paint for the colors and waterbased waterproof primer as sealant. You may read more about sealants here.

At first, I thought I won't be able to pull it off because this was my first time to make a wedding topper which such details so I was really happy with the result!

Anyway, I was supposed to record a video from this project but I had been too caught up with the entire process that I forgot about it. :D

Tomorrow, I'll be posting the pictures of the Doctor Who inspired cake toppers project, which was one of my favorites!
By Cee - January 21, 2016

The Girl From The Coffee Shop 1 Teaser

"If I could stop this feeling, trust me, I would. But every time I pass by this coffee shop, every time I have my coffee delivere... 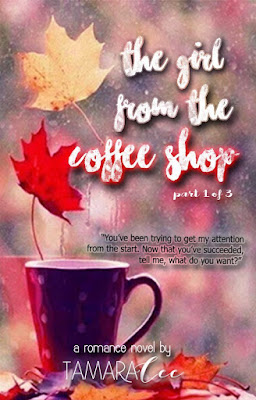 Send a message if you want to commission something. ^^